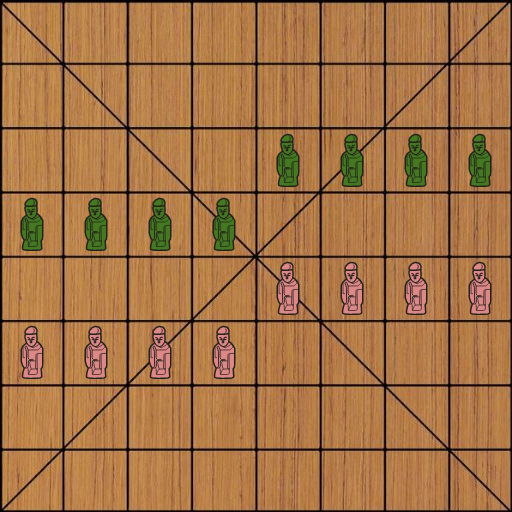 Sittuyin, or Burmese Chess is a classic board game native to Myanmar and is very similar to Makruk. The game is played in Myanmar, and although western chess is more popular there, there are efforts to revitalize the game. The pieces have the same movements as Makruk (Thai Chess), but the rules are slightly different. The game is plenty of fun in its own right, with its own balance/dynamics. The slightly slower pace can provide a good way to cultivate patience, and to hone strategic thinking.

The general rules are extremely similar to Chess, so this guide will focus on the few differences. The boards are slightly different, with Sittuyin having two big diagonal lines dividing through the board. The sides are also red and black, with the red player moving first. The piece position in Sittuyin is much different compared to chess or Makruk. Key differences are as follows: 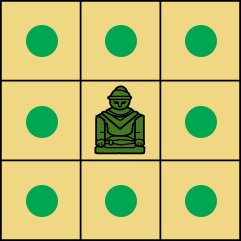 The king moves exactly the same as in chess. 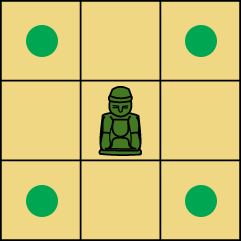 Unlike the queen in chess, the general is a relatively weak piece that only moves one space diagonally. Additional generals are gained through pawn promotion.

The general is worth about 1.5 to 2 pawns in general. It is also the only renewable piece type. The general is a good piece to lead the attacks, useful for harassing more valuable enemy pieces. On occasion, they can also be sacrificed in exchange for well-positioned enemy pawns, to make way for the invasion.

Since it is rare for one side to be up by two pieces, the easy-to-promote-to general is commonly present in most endgames, assisting the stronger side in delivering checkmate.

For the disadvantaged side, a general is a good decoy which must be trapped and captured before the bare king can be forced into checkmate. It can either stay near the general for additional protection, or failing that, lead enemy pieces away from it. Scattering the enemy pieces in this fashion can cost them valuable time to reorganize, thus giving the defending side some extra chance to draw the game under counting rules. 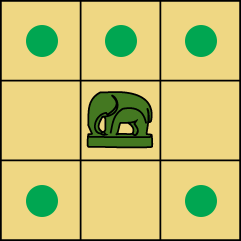 The elephant moves one step diagonally or one step forward, just like the silver general in shogi.

The elephant is a powerful piece for controlling squares immediately in front of it, and for shouldering off enemy forces. It is also a good defender around its king.

The elephant is worth more than the queen, but generally not as much as a knight. The justification may be that isolated knights have little trouble escaping from an enemy king, while isolated bishops can fall.

Elephants can sometimes prove slow/awkward to maneuver or retreat. It is therefore advisable to have some friendly pieces nearby to support and rescue them. In the endgame, it's usually safer to get a lone king behind the enemy bishop, compared to staying in its front. 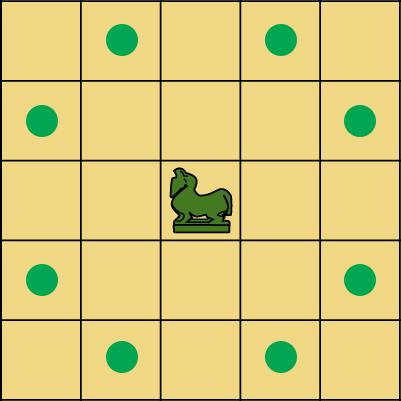 The horse moves exactly the same as a knight in chess.

The horses are not "minor pieces" in Sittuyin. They are major forces. Centralize and utilize them. 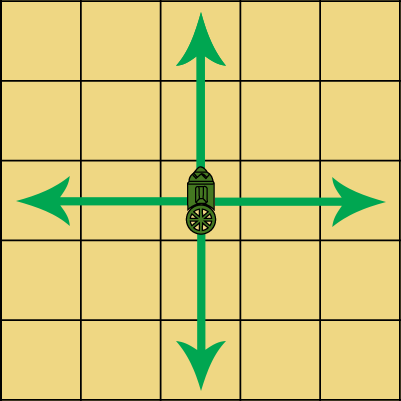 The chariot moves exactly the same as a rook in chess.

In the absence of mighty chess queens, the chariots dominate the board. Lateral chariot checks can be especially annoying. Aim for the seventh rank or even the sixth rank. 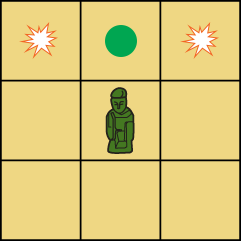 The pawn, or feudal lord, moves and attacks the same as a pawn in chess. However, there is no double-step first move.

After a feudal lord reaches the diagonal line on the opponent's side of the board, the player can choose to promote that piece into a general instead of moving. Each side can only has one general at any given time, so this can only occur if their general has already been captured. Promotion does not happen on the move where the feudal lord reaches the promotion square, but rather any move after that.

If you have only one feudal lord left on the board, then it has the ability to promote on any square.

Finally, if your only legal moves are promotion, you may opt not to promote and claim stalemate. On pychess, you can do so by pressing the draw button on the right side.

Stalemate - Draw, as in International Chess

Dead Position - When checkmate is not possible with the remaining pieces, the game is a draw.

Repetition - The game may be drawn if the same position has occurred at least three times.

50 Move Rule - The game may be drawn if each player has made at least 50 consecutive moves without the movement of any pawn and without any capture.

Counting Rule - As soon as a player has only a king left on his side, the number of pieces belonging to the opponent shall be observed. If the opponent has no pawns, the game is drawn when the player having only a king (lone king) manages to escape in a number of fixed moves against an opponent having particular pieces shown below:

Makruk is a game very similar to Sittuyin, but played in Thailand. In a sense, Sittuyin can be thought of as a kind of accelerated Makruk, potentially skipping ahead about a dozen opening moves. Half of the Sittuyin pawns start on the fourth rank, as opposed to all Makruk pawns starting from the third rank.

Chariots are the only pieces that can pin or skewer pieces. The rest of the tactics mostly consist of forks.

Most Sittuyin and Makruk games will actually reach the bitter (near) end.
When one side has only a bare king remaining, there are certain "counting rules" (see above) which come into effect and put pressure on the stronger side. Such requirements offer the weaker side an incentive to play out the whole game. Therefore it is crucial to master all the basic checkmates against a lone king. There just isn't much point in playing these games if one can't finish off the bare King at the end.