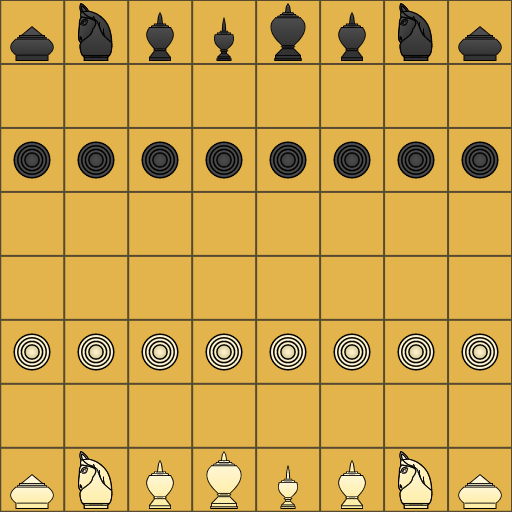 Ouk Chaktrang, or Cambodian Chess, is the form of chess played in Cambodia. Its rules are similar to Makruk, the Thai Chess, with some special opening moves and slight differences. Ouk Chaktrang offers a taste of ancient Chess in the original form before the introduction of modern rules quickened the pace. The game is plenty of fun in its own right, with its own balance/dynamics. The slightly slower pace can provide a good way to cultivate patience, and to hone strategic thinking.

Cambodian piece names are in parentheses. 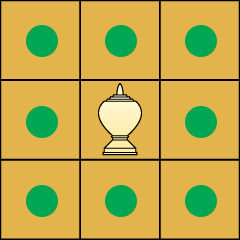 The king moves one square orthogonally or diagonally. 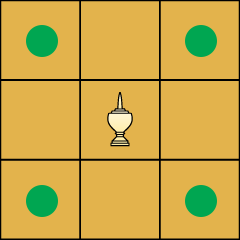 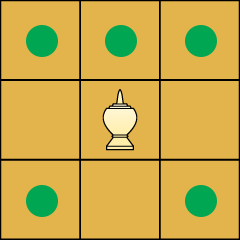 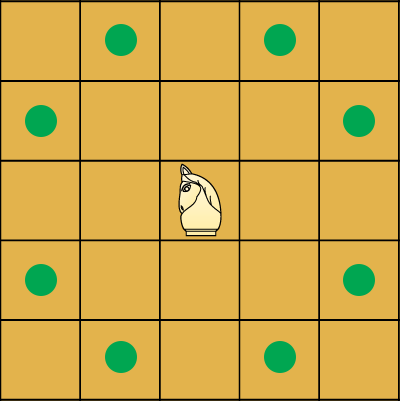 The knights are not "minor pieces" in Ouk Chaktrang. They are major forces. Centralize and utilize them. 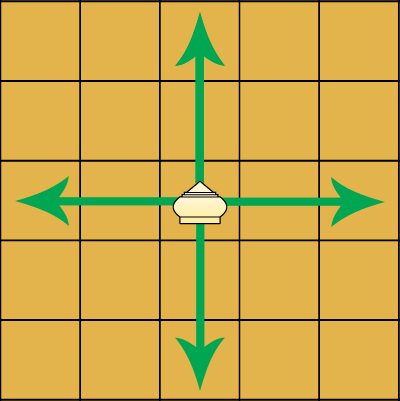 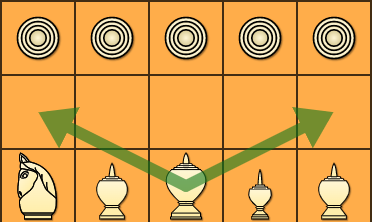 During its first move, the king can jump like a knight to the second row. This move cannot capture and cannot be performed while in check.

Furthermore, if an enemy rook moves into the same rank or file as the king, "indirectly attacking" it, it permanently loses this ability. The king can no longer jump even if the rook moves away afterwards. 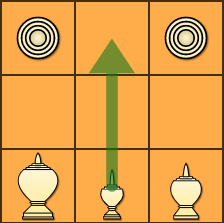 During its first move, the queen can jump two squares forward. This move cannot capture.

To prevent the games going on forever, there are rules that will declare the game a draw if it does not end in a certain number of moves, similar to Chess's 50-move rule. The maximum number of moves allowed will be called the limit.

During the endgame, one of the player will most likely have some advantage and be the one trying to win, chasing the other's king into checkmate, while the other player try to escape with a draw. For the purpose of this rule document the player with advantage will be called the chasing player, while the one with disadvantage will be called the escaping player.

The chasing player has to win before the count reaches the limit. Otherwise, the game is declared a draw.

When one of the players has three or less pieces left, that player may start the board's honor counting. The count starts from 1, and the counting limit is 64.

The count starts from the number of pieces left on the board, including both kings, plus one. The counting limit is based on the material advantage of the chasing player, determined by the minimum number among these conditions:

Once the piece's honor counting is started, the limit is set in stone, and it will not change no matter what, even if the pieces on the board get captured afterwards.
For example, if White has two rooks against a lone black king, the piece's honor counting will go from 5 to 8. If Black then captures one of the white rooks, the count does not restart, nor is the limit recalculated. The game is still drawn after Black counts to 8.

Most Ouk Chaktrang games will actually reach the bitter (near) end.
When one side has only a bare King remaining, there are certain "counting rules" (see above) which come into effect and put pressure on the stronger side. Such requirements offer the weaker side an incentive to play out the whole game. Therefore it is crucial to master all the basic checkmates against a lone King. There just isn't much point in playing these games if one can't finish off the bare King at the end.

https://thechesspolyglot.netlify.app/2020/04/21/knf-v-k/ by Illion is recommended for everyone.