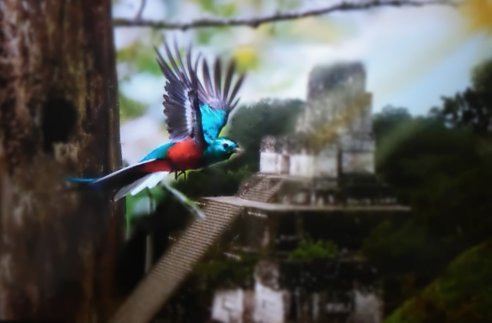 Hey everyone, Couch Tomato here! Remember how I said Shinobi was my last variant? I kind of lied. I actually have two more variants to bring to the chess world, the first of which we're happy to release today as a special Christmas gift: Chak! (Pronounced like "chalk"). This one is substantially different than all my other variants, which were all true variants of western Chess. But an inspiration came up to me earlier… we have so many forms of chess that represent different parts of the world and infuse their own unique take on the original formula of chaturanga or upon previous successors. You can think of chess as a kind of cultural marker. You have Western versions and then multiple Eastern versions. However, there is no New World version! There is a very obvious geographical reason for that, but it would be interesting to see what kind of chess the people in Mesoamerica (who were relatively the most advanced peoples in the New World) would have come up with. And thus, my goal was to create something that would resemble a natural variant had the people in Mesoamerica, in this case the Maya, been exposed to the concept of chess. The challenge was to create a new game from the bottom up, but that still retained common features of chess (king, rook, knight-like piece). And of course, I had to include cultural elements. Just as the Europeans added Christian elements to Shatranj, the Mayan religion was infused into the game by sacrifice and capturing temples.

Anyways, for more details, please check out the guide for the rules and give it a shot! Big tips for beginners are in the guide, but to summarize, always keep your eye on the quetzal moves, and make sure to setup defenses so that the opponent's jaguar does not cross the river. Unlike other variants, every one will be at the same level as this is not directly derivative of any other chess variant, so we're excited to see how players adapt their basic chess knowledge and instincts.

Special thanks to Fables who spent an incredible amount of time assisting me in testing and making this a reality. Additional thanks to E-pluszak and Untitled Entity for balance testing. And of course, Gbtami and Ada for Pychess implementation. Oh, and for those who are wondering, Chak's symbol is the Mayan glyph for "ajaw," or king/lord.